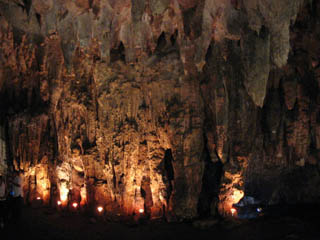 Yucatan has a great cultural wealth, by its archaeological and colonial patrimony. In Yucatan already almost 2.000 pre-Hispanic Mayan establishments are registered, of which 19 are possible to be visited, in agreement with recent update of the census of archaeological sites.
Some of them are:

Ake has a great variety of attractives; a property that during years have bloomed thanks to the care of its owners, old legend surroundings to the same one, aged desfibradoras machines where the “Green Gold” is sill in working (Henequen or Sisal), “Sac-See” (Mayan road) is a natural well type cavern, and a set of ruins and stone knolls, archaeological vestiges of the past splendor of the Mayan town.

Still considered like the place of pilgrimage and cult to the Virgin of XÂ´ Cambo that, according to the tradition, more than 50 years appeared in the site, reason why venerates in a chapel constructed on the Pre-Hispanic buildings. In addition to its historical importance, it is a point still located inside a natural and ecological atmosphere.

Oxkintok is a Mayan site little visited, but who does it note the resistance of the energy and the tranquillity that is breathed in its atmosphere. From the moment that enters by its unique door the Tzat Tun Tzat or old labyrinth. In the old Oxkintok there is also a secret door to the Xibalba, the infraworld. After entering by their intrincate passages and levels, the archaeologists located a mortuary camera with the rest of one of the great gentlemen of Oxkintok.

A great archaeological zone whose importance is shaped in having the “Sacbe” (white road) more length of the Mayan area. This way projects in line straight towards the Mayan city of Coba with a length of 100 km. The “Sacbe” was also considered like a temple and who journeyed by it obtained by that single fact, immunity and protection.