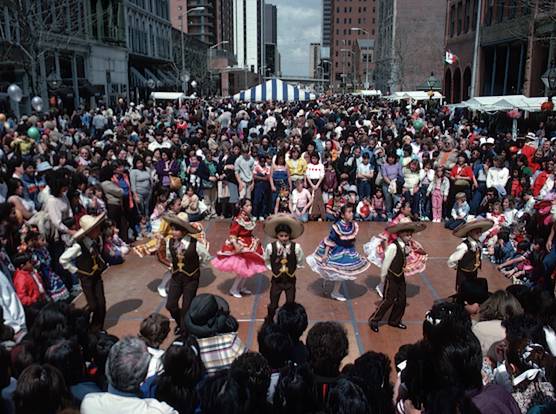 The Mexican holiday Cinco de Mayo (5 May), which remembers the Mexican defeat of the French army in 1862, is celebrated more enthusiastically in the state of Puebla than in other parts of Mexico. It is not the most popular holiday in Mexico. In fact, it is celebrated more widely by Mexicans in the USA than in Mexico, and the holiday is more well-known in the USA than Mexican Independence Day. In recent years, Cinco de Mayo has become bigger than ever and is promoted as a celebration of Mexican culture, food and music. Participation is now wider than before, and non-Mexican Americans are as enthusiastic about it as Mexicans. In California, the liveliest and most sensational parties take place in Los Angeles. Celebrations have become more commercialised in recent years, but Cinco de Mayo is still a great festival.