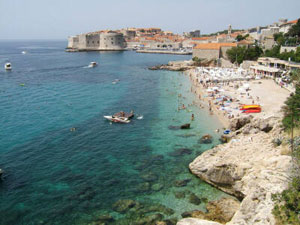 The Park was in the route that the Spaniards used to discover and to conquer Mexico. The Colony meant galleons, treasures, shipwrecks, filibusteros and pirates, emphasizing Juan the Mulato, Mundaca and Jean Lafitte. The region practically was depopulated until 1972, when the tourist development of Cancun began. The national park has a subhumid warm climate and it is located in the Caribbean Sea, in the South end of Isla Mujeres to the northwest of the state of Quintana Roo. Politically within the municipalities of Cancun and Isla Mujeres.

In the park diverse marine atmospheres are protected, including: sandy beaches, manglares, brief bays, salt marshes and reefs with great variety of invertebrate animal species, like vertebrate moluscos (snails), worms (poliquetos), equinodermos (starfishes), crustaceans, and vertebrate animals like reptiles (turtles), marine birds and a great abundance of fish. It predominates a vegetation of manglar and seaweed. These coral reefs are the marine biological community diverse than it is known, it is only comparable to the tropical forests by the complex of the interdependences that are developed there. It is a site of interest for investigators and very specially for the sport divers. In 1996 it ws declared protected natural area, with the character of National Marine Park. Its access road is by the port of Cancun, from where they leave boats that make routes by the reef system or from the lagoon Nichupte and Isla Mujeres.